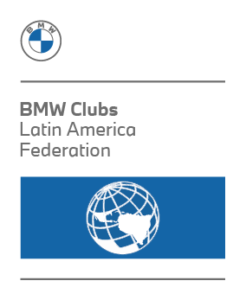 Born in Guatemala City, passionate about motorcycles and BMW cars with which he has traveled through Central America, Mexico and North America; Taste and passion that he inherited from his father, who also traveled great distances in the 50-60s aboard these machines. Business Administrator, International Consultant, Business Strategist and successful businessman, to get rid of stress, he rides his motorcycle once or twice a week and travels to the interior of beautiful Guatemala. In 2005 he founded, together with his brothers and cousins, the BMW REYES RIDERS, a 7 member family club to which other friends quickly join. In 2010, together with two members of his family club and friends who love the brand, he founded the BMW Motorrad Club Guatemala, being its First President and founding partner, a year later he was elected Director of Administration and Market of BMWCLAF – BMW Clubs Latin America Federation and in 2015 he was unanimously elected and proclaimed President of BMWCLAF; In 2018 he was also unanimously re-elected President of BMWCLAF and in the same year elected Vice President of Cars before the BMW Clubs International Council, an entity within the BMW Group, based in Munich, Germany, which brings together more than 700 BMW Clubs with close of 200,000 members around the world. He is an enthusiastic person, an entrepreneur, a lover of good wines, good cuisine, BMW Motorcycles and Cars. 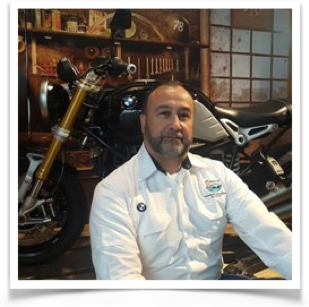 Mexican by birth, dissatisfied by experience and father by vocation. Business Administrator specialized in Marketing; nature and travel enthusiast. Dedicated to the creation and development of projects and businesses linked to the culture of desire; always prioritizing quality and innovation. Focused on ensuring that communication and information are developed so that everyone who is interested in BMW motorcycling finds all the elements of this culture within their reach in a simple, efficient and complete way. 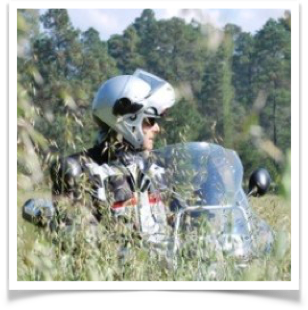 Born in Ambato Ecuador, passionate about motorcycle adventure with which he has traveled Colombia, Peru and part of the United States, specifically California where he received OFF ROAD training at the RAWHYDE ADVENTURES Institute. Mechanical Engineer by Profession and owner of EXPOSUL Textile importing company. In 2014, together with 15 friends, he formed the Club Broster Ecuador; He spent little time and 40 more members are invited to join this great initiative. In the same year he is invited to participate as Vice President of said Club, a position that he holds to date. He has participated with great dedication to events of social work and aid in natural disasters together with the members of his club, for which with great pride, together with his group, he received a recognition at the Latin American level as a model Club to be followed by BMWCLAF. Likewise, together with his Club, he received recognition from the National Assembly of Ecuador for the great work carried out to help the victims of the earthquake that occurred in Ecuador in 2016. 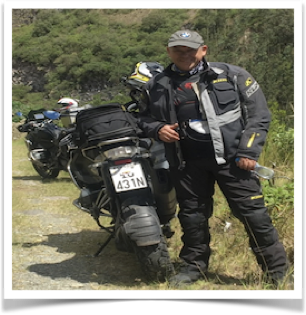 Ricardo Crowe was born in Guatemala City. From his youth he has been a visionary person, founder of his own Company. His altruism prompted him to occupy positions as a member of the board of directors in various charities. He made his passion for motorcycles come true by becoming an active member of the BMW Motorrad Club of Guatemala since 2010, holding the positions of Director and President, in the latter, for a period of three years, during which time the number of active partners, having received several awards for different activities, several of them charitable. He has traveled 32 states in the United States, 12 countries in Europe, 07 countries in South America, southern Mexico, Guatemala, El Salvador and Honduras on his BMW RT / GSA motorcycle. One of his sons followed in his footsteps in this sport, marrying a lady biker, who drives his own BMW motorcycle; later his eldest grandson (19 years old) enthusiastically joined the GSA / 1200 sport. His wife has accompanied him on most of the trips, she really enjoys being a companion with him on the motorcycle, since, as she says, “I like to ride in a BMW and with a driver”. 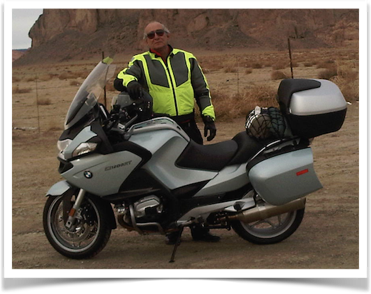 He was born in beautiful Costa Rica, by profession of life Passionate about cars, and by trade an industrial engineer, with a master’s degree in logistics from the University of Texas, since he was a child, his interest in cars was evident, but his time at school I would mark it, because the father of a colleague premiered a 325i, E30 and that smell, that sound, and feeling would be enough to be his favorite brand of cars, few models have not passed through his hands at some point in life, his favorites, The M5s are cars that, due to their size and performance, have always been part of the garage. He keeps his first M5, a spectacular M5 from 1988, His time at BMW clubs, began 10 years ago when a good friend told him that a BMW club had just been formed, from there, he never separated from that club again, he was part important of the process of accreditation as an official club, and for almost 8 years he was in the JD in different positions, his passion has led him to stop working for companies in 2008, and form his own, the same as a few years ago. For years, I let him work on his hobbies with which, the passion for cars became a daily topic. In 2015, he was invited to participate in the annual BMWCLAF convention, being appointed Director of Administration and Marketing, the first proof of him mounting the 2016 BMWCLAF convention in San José Costa Rica. Mauricio can be seen every day in the city of Belén de Heredia in his red BMW 635csi 1988, which does not change for anything. 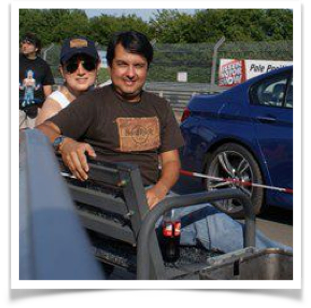 Alfredo Serrano Álvarez, born in Quito Ecuador, has been an enthusiastic fan of classic and contemporary vehicles since he was a child. He has been associated with the BMW Club Ecuador since its inception in 2006. All his life he has been a fervent and passionate collector of 1.18 scale cars, books, brochures (sales catalogs) and automotive magazines. In 2011 he was appointed as President of the BMW Club Ecuador, giving a new dynamic to its operation and development. Alfredo is an enthusiastic, entrepreneurial leader and organized with great initiative to permanently generate new ideas, events and activities, which has allowed the BMWACE to strengthen and grow in recent years. At the end of 2015 he together with other members decided to legally establish the BMW AUTO CLUB ECUADOR. Alfredo is again appointed as President of the Club. In August 2016 the BMWACE is certified by the BMW Clubs Latin America Federation as an Official Car Club in Ecuador. Since then, Alfredo with the other members of the BMWACE board of directors have continued to develop multiple events, activities and social aid projects through the CLUB, which is a prominent institution with an important position in the Ecuadorian nut world. Born in Mexico City, 23 de Junio. Professional Lawyer, Pilot Aviator of Vocación, Consultant in Semiology, Entrepreneur and Gozador de la vida. Founding Partner in 2003 from München Motorrad, today BMW Moto Clubs Cd Mx. President of the year in 2011. From there, they hold one of the best events at the national level of BMW. From Sun to Sun. With more than 1000 participants in 9 years of training. 2013. he was a member of the Steering Committee for the Transition and the BMW Motorcycle Club Mexico. From where they held one of the Best BMW Conventions in the Nayarita River. 2019-2020. He is Secretary of the BMW Moto Clubs Mexico. He is currently a Controller for BMWCLAF. 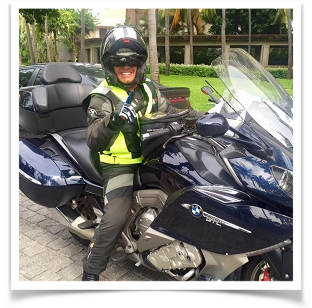 Born in Panama City, known as the country that changes the horizon and changes the map of the world. He shares the passion for the motorcycles since his youth starting in this fascinating BMW world in the 90s with his first BMW G650GS. Since that first purchase he has been a fan of the brand and active member of the BMW Moto Club Panama playing in different positions on the Board of Directors in various periods, being President of the Club in the 2015-2017 period. Married, with the beautiful children, Professional Electronic Engineer and Business Administrator, with over 18 years of experience, focused on providing comprehensive solutions and products for Data Centers, UPS and Electrical Protection Systems, Structured Wiring between others. Fascinated by la buena cocina, BBQ lover. 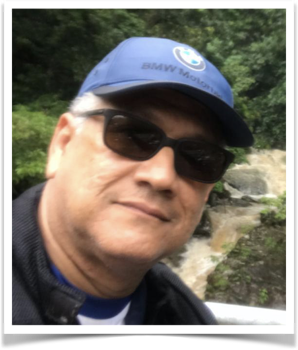 Born in the care of San Pedro Sula, Honduras. He is passionate about adventure activities like traveling on motorbikes through different countries as well as fishing and fishing. He has traveled throughout Central America and a large part of Mexico and the United States in a 1200 GS Adv. Business administration studio and a successful concert producer. He is a founding member and current president of the BMW Club Motorrad Honduras. organizer with his team of three international BMW motorcycle conventions. Member of the BMWCLAF board of directors. “Every time I ride my moto siento un magic”. 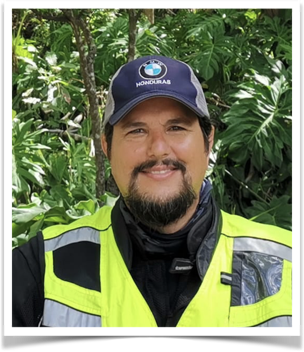 Born in the City of San Paulo, Brazil, it is one of the greatest connoisseurs of the BMW brand in Latin America, expert in the restoration of BMW and Alpina Classic Cars. He is a successful construction entrepreneur, land development and energy. Diplomatic of philanthropy. In 1999 he created the Board of Autos Directive in the existing Motorcycle Club BMW Clube do Brasil (now BMW Motorrad Club Brasil), in 2003 founded the BMW Car Club Brasil, its member nº 0001 and was its President of 2003 until 2014, currently is the President of the Council. In 2009 he founded and structured the BMW Clubs Latin America Federation and was President of 2009 until 2015, currently President of the Council. Since 2009 he represents the BMWCLAF before the BMW Clubs International Council, an entity within the BMW Group, with headquarters in Munich, Germany, which groups more than 700 BMW Clubs with around 200,000 members around the world. In 2016, when the BMW completed 100 years, he received the top prize from the BMW Group, the BMW Classic Award – Prof. Dr. Gerhard Knöchlein. He is a lover of good wines, good food, driving BMW and Alpina cars, always enjoying the good things of life within the principles of democracy, freedom, ethics, fairness and justice. 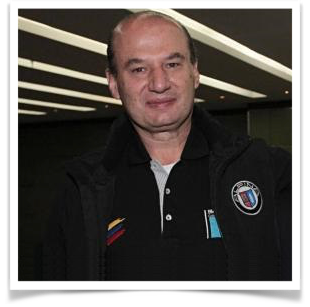 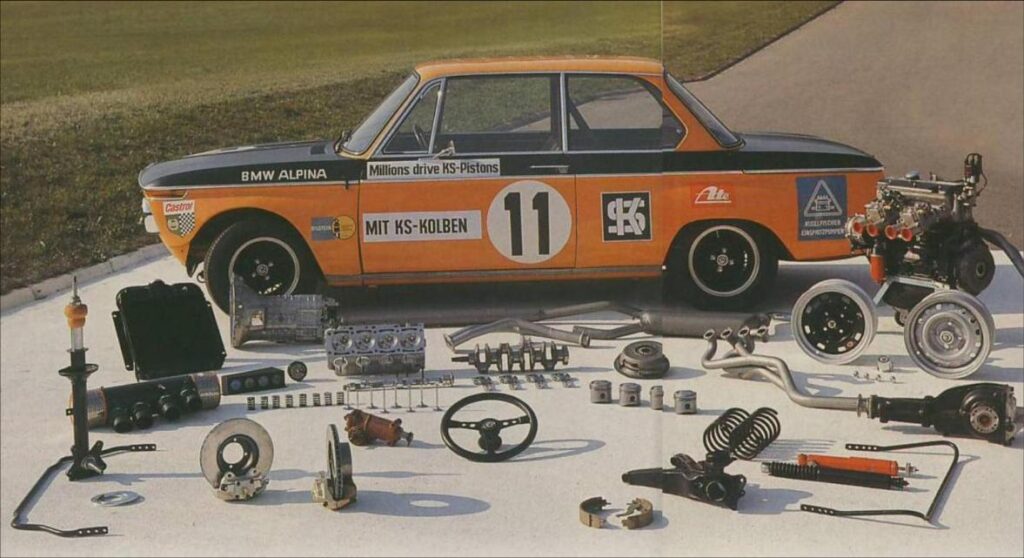